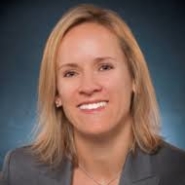 Jane joined Walmart in 2012 as a Senior Vice President for the International division. In 2013, she transitioned to the Walmart U.S. Merchandising business before being asked to lead the U.S. Business Development team responsible for initiatives such as In-Store General Merchandise Pickup and Supercenter Reinvention.

Prior to her current role, Jane led the People Group for Walmart International, supporting approximately 700,000 associates in 27 countries. She and her team were responsible for ensuring Walmart International attracts, develops and retains top retail talent around the world. She also previously led the U.S. Digital Acceleration team where she was charged with developing strategy and solutions to provide a seamless shopping experience for customers by integrating Walmart’s growing digital presence with the company’s U.S. stores.

Jane is passionate about inclusion, developing talent, advancing sustainability and supporting our next generation of leaders. In 2016, she served as the Chair of the President’s Global Council for Women Leaders and as the co-chair for the President’s Inclusion Council in 2017.

Want to join the discussion?
Feel free to contribute!